A series of dramatic films showcasing the photographic collaboration of visual artist Robert Hayman and drag artist Laganja Estranja. The real story began in 2014 when Hayman and Estranja started creating fashion, beauty, and fine art images and films together. "Muse Me" highlights their dynamic relationship as photographer and subject, who also happen to be best friends. Every Monday at 4:20pm (PST), get untucked, behind the scenes of these two collaborator's work--from its conception as an idea to completion as finished, high resolution images. All images featured in "Muse Me" are available as large format prints. Inquiries at armyofmonster@gmail.com

All episodes of "Muse Me" are shot on iPhone 11 PRO.

"Conjuring Laura Mars"
In this episode Robert pays homage to the 1978 classic thriller "Eyes of Laura Mars". Stylizing Laganja and a cast of 6 models and actors as players in a disco glamour crime scene conjuring the work of such photographers as Rebecca Blake, Helmut Newton and Guy Bourdin. Shot with the famed Los Angeles Landmark, and Art Deco architectural jewel, the "Eastern" building as a backdrop. Watch as Robert directs a murder scene which is both shocking and scandalously beautiful. Part I features the first of 7 looks created for "Conjuring Laura Mars". Part II will present the remaining behind the scenes footage and final IMAGERY taken during this exciting photo shoot.

Jay Jackson (Laganja Estranja), is a choreographer, drag queen, rapper, and activist based in Los Angeles, CA. After earning her Bachelor of Fine Arts in dance and choreography from the California Institute of the Arts, Jay appeared as a contestant on LogoTV’s Season 6 of “RuPaul’s Drag Race” and most recently in the top 50 of “So You Think You Can Dance.”

Laganja’s choreography credits include commercial artists Miley Cyrus and Brooke Candy. In 2016, #LaganjasDanceSchool, an international high-heels masterclass and confidence workshop was formed and held in dozens of cities across Europe, Central America, South America, and the United States. Laganja also appeared as a contortionist along side Christina Aguilera for the American Music Awards, in VICE’s “Bong Appetite,” and in Gareth Pugh’s fashion film “PITTI.”
Music in this video 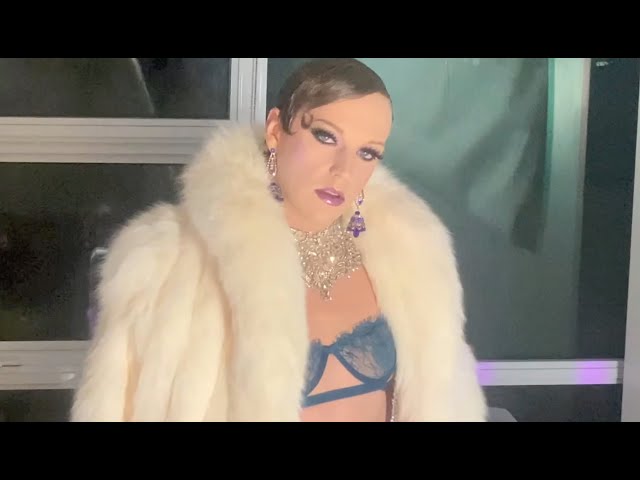 "Muse Me" #MuseMeMondays A series of dramatic films showcasing the photographic collaboration of visual artist Robert Hayman and drag artist...